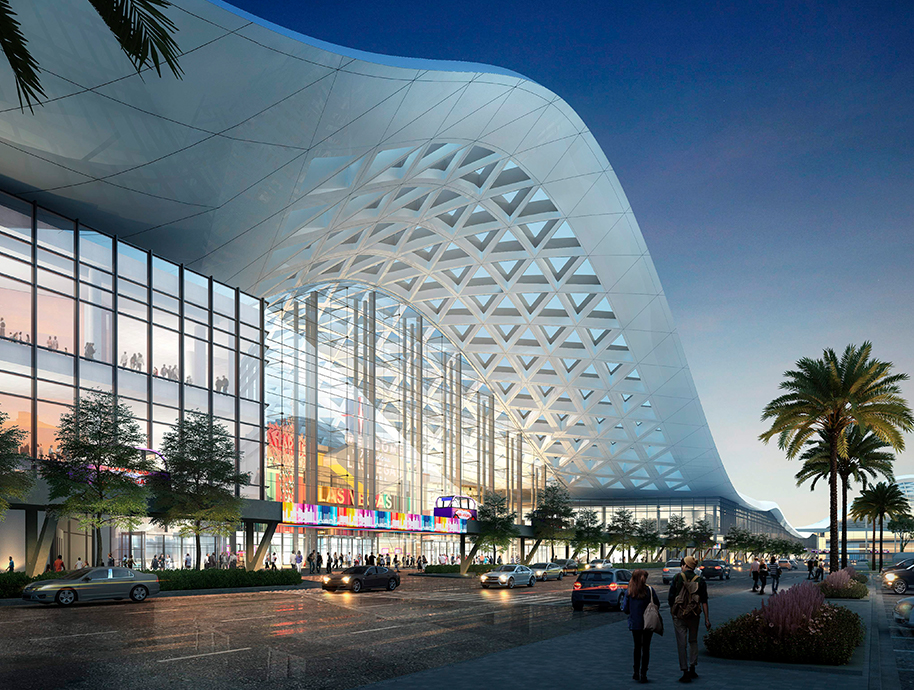 In the middle of the desert, ice hockey has galvanized this community into pride and redemption. In their first year as a new franchise the Vegas Golden Knights went all the way to the finals of the Stanley Cup, beating all odds in the sporting world. This dynamic team has become the city’s symbol of hard work, commitment, focus and determination. Not only in sports, but in the drive to create an international Oasis of Dreamers.

Since the real estate crash in late 2008 – in which Las Vegas was hit the hardest in real estate values – many people questioned if Vegas could make a comeback on the global and national real estate markets. Ten years later, this Oasis of Dreamers and Doers has beaten all odds and regained its place as a top real estate market.

“Too many people took advantage of lax home loan regulations during that period, and Vegas was just starting to become a leading global and national real estate destination. Speculation also drove home prices to unsustainable levels, creating dual-factors which contributed to the crash,” comments Cheryl Davis, Owner/Broker of Paragon Premier Properties, one of the leading luxury estate specialists in Las Vegas.

“The unstoppable Pacific Rim economic expansion in the United States, along with many California residents wanting to escape California’s high costs and taxes pushed Las Vegas back to becoming a major destination for real estate purchases and investments,” states Davis.

HOME PRICES BACK ON TRACK

Compared to new and resale home prices in Los Angeles County, which hit an all-time high of $519,000 earlier this year, Las Vegas home prices are approximately 50% cheaper than LA, driving Californians to cash out and move out.

“There are several major factors in play today compared to ten years ago… First, the giving away of home loans to just anyone is gone, and thus, amateur investors have been removed. Second, California is becoming unaffordable for many people because of the Pacific Rim home investors, tech executives, and a shortage of affordable housing,” explains Davis.

“Next, many middle-class families that are retiring are cashing out and investing here for retirement because of no state income taxes and 24-hour entertainment. And I believe most importantly, Las Vegas has developed into a true family community far beyond the Strip. Our six great community regions are perfect places for families and retirees, and yet still maintain easy access to everything the Strip has to offer.”

According to the U.S. Labor Department, Nevada is adding jobs at the fastest rate in the nation and claimed the top employment growth rate in the country in 2017, with year-over-year job gains at 3.3%. Las Vegas job growth is supported by organizations such as the Las Vegas Global Economic Alliance, who in 2017 helped facilitate 36 business expansions and relocations, adding nearly 5,700 jobs and an estimated $917 million in economic impact over the next year.

The Strip remains the Entertainment Capital of the World and is in high demand due to the more than 43 million annual visitors that come to Las Vegas each year. There are plans for a major $860 million, 1.4 million square foot expansion of the world-renown Las Vegas Convention Center, a project that is slated for completion to welcome CES in 2021. This development is expected to support nearly 14,000 construction jobs and add nearly 7,800 full-time permanent jobs upon completion, and generate $2.1 billion in economic activity during construction. Upon completion, the project is expected to have an annual incremental economic impact of $810 million and attract more than 600,000 additional visitors each year.

Because of the flourishing economy, demand for commercial real estate developments has increased. According to commercial real estate investment firm CBRE, a 16-acre parcel of land for sale on the Las Vegas Strip could fetch more than $34 million an acre — or in excess of $540 million total. According to Davis and other brokers, there are several large parcels off the Strip and in Downtown that are available for sale but not on the market. Demand for these properties is increasing as many investors are quietly coming back to invest in these commercial sites now that the market is stable and the over-speculation has ceased.

Additionally, the new professional sports teams – specifically the Golden Knights and NFL Raiders – has spiked demand for condos as residents and out-of-town buyers invest in spaces for business and personal entertainment.

Davis is also optimistic about the prestigious luxury enclaves of Las Vegas. “The same desire holds true for luxury masterpiece estates, especially for clients in the entertainment, sports and global business world that want large, private compounds similar to our $10.5 million estate listing at 8101 Obannon Drive.”

Davis and DREAMS Global Luxury Network will be hosting private dinners beginning in September for qualified investors that are seeking to navigate the Las Vegas market.

“Real estate investments whether it’s a home, estate or commercial property requires on the ground experts who can present clients with qualified knowledge and facts from various credible sources… Our private dinners will bring various guest speakers with expertise and knowledge of the entire market, and we will provide personal tours and consultations on real estate investment opportunities,” states Davis.

Cheryl Davis is the Owner/Broker of Paragon Premier Properties in Las Vegas, NV. She is nationally recognized for her dominance in the high-end, luxury real estate market. Her thoughts on the market and highlights of her unique business approach have been published in a national best seller, and she continues to be a top producer in the Las Vegas luxury market. You can contact Cheryl at (702) 683-7785 or Cheryl@cdavegas.com.