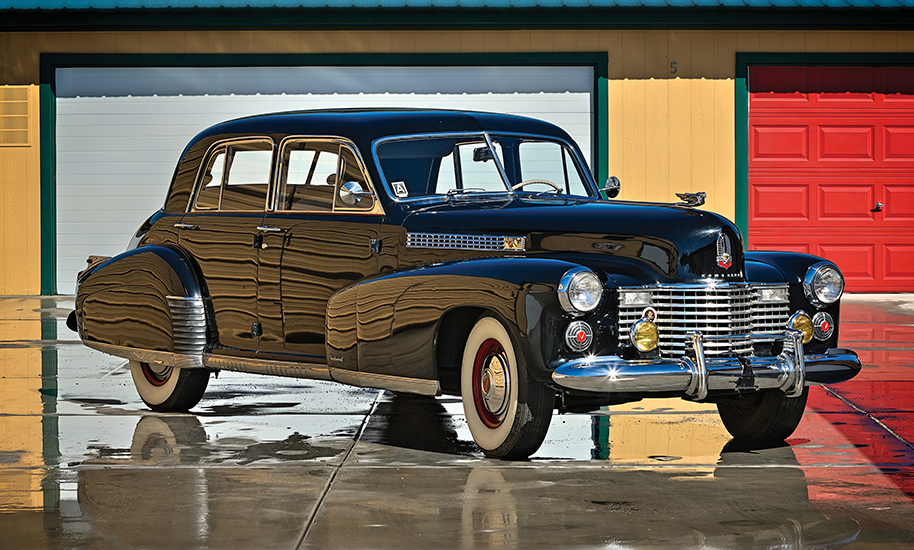 The Golden age of automobiles spanned over a half century of daring and bold advancements in motorcars that were never before seen and never again experienced.

From the 1920s to – and through – the 1960s, while automakers developed amazing new mechanical engineering and technologies at a rapid pace, at the same time, designers dreamed sleek and artful body styles into existence.

It was an imaginative and unique era, that brought science and art together in a way that changed American lives forever… and it leveled the playing field for both the extremely wealthy and the average man, as there were vehicles created for each that equally opened the highways and byways to all – and to countless adventures found just over the horizon.

Gone But Not Forgotten

Today there are famous classic car collections all around the world that faithfully restore and curate not only the finest classic collector cars of the early 1900s, but also preserve and display the iconic day-to-day cars of the 1940s, 50s and 60s.

These private collections are put together by those who simply love automobiles and have both the means and desire to seek out and secure the very best of the golden age of classic motorcars.

Some are famous celebrities, such as Jay Leno and Jerry Seinfeld, while others are simply successful businessmen who share a personal passion of finding, preserving and displaying the finest automobiles ever created.

One such person – and amazing collection – is found quietly housed in an upscale residential neighborhood in Las Vegas, Nevada.

“Uncle” Phil Maloof is a legendary Las Vegas figure. He is patriarch of the well-known Maloof family – that includes nephews George, Joe, Gavin, Phil Junior and niece Adrienne – that first built and opened the Fiesta Rancho Casino (in 1994) and later developed the luxurious Palms Casino and Resort (in 2001), as well as participating in other high profile ventures, such as being minority owners in the new Vegas Golden Knights hockey team.

Among the many treasures collected over the years by the 94-year old Uncle Phil Maloof – that include nearly 2,000 famous works of art and an array of rare theater pipe organs – the number one pride and joy continues to be his amazing private collection of rare and pristine classic cars.

Housed on two and a half acres of land adjacent to his personal estate, in 12 custom garages with 100,000 square feet of floor space – all designed and built by curator, manager and close friend Bob Maes – Uncle Phil Maloof’s Car Collection includes a pristine array of rare Duesenbergs, classic Rolls-Royces, famous Lincolns and vintage Cadillacs, all perfectly preserved.

While the collection held as many as 350 cars at one time, some are always being sold and consolidated to obtain even more rare autos as they become available. Thus, Uncle Phil Maloof’s Car Collection today contains 150 of the finest automobiles ever made, together valued between $10 and $15 million.

A Journey Back in Time

Although considered a “private” collection, many tours and showings are arranged from time-to-time and I was fortunate to be invited for a personal guided walk-through with curator, Bob Maes.

Not only did I see this incredible collection of pristine automotive history, up close and personal, but along the way Maes offered bits of information and unique insights that made this a truly one-of-a-kind, never to be forgotten, memorable experience.

One of the first rooms we entered was filled with only 1941 Cadillacs – 39 of them to be exact. Why so many of just one year? “When he was growing up, one day Phil’s father brought home a brand new family car,” notes Maes. “It was a shiny new 1941 Cadillac… a stylish auto with futuristic aerodynamic lines that not only captivated Phil… but also made it one of the most popular American automobiles of all time.”

“It was the first car that young Phil Maloof learned to drive,” he added. “It began his love of cars… and to this day, remains the inspiration for the entire collection.” Walking down the two neat rows of 39 like-new 1941 Cadillacs, you could feel Phil Maloof’s journey back in time to his boyhood days.

The next room we entered was filled with 20 fully restored iconic cars of the 1950s, that held the very best makes and models of an unprecedented time for the automotive industry when, every year, Detroit was introducing totally new and radically different models – with bigger fins, more chrome and multi-color paint jobs. Here they were, in all their glory, the best examples of wide and long sleek bodies with massive tail fins trailing behind. These were the bygone days that ushered in Rock ‘n Roll and a time when American cars dominated the automotive universe.

Along the way, as we viewed these incredible classic cars, Bob Maes often had me sit behind the wheel or lounge in a back seat while he pointed out various unique details and luxurious features – like soft sumptuous leathers, expansive burl wood interiors, lavish built-in bars and elegant interior accoutrements like roll-down window shades and crystal glass vases that held fresh flowers. 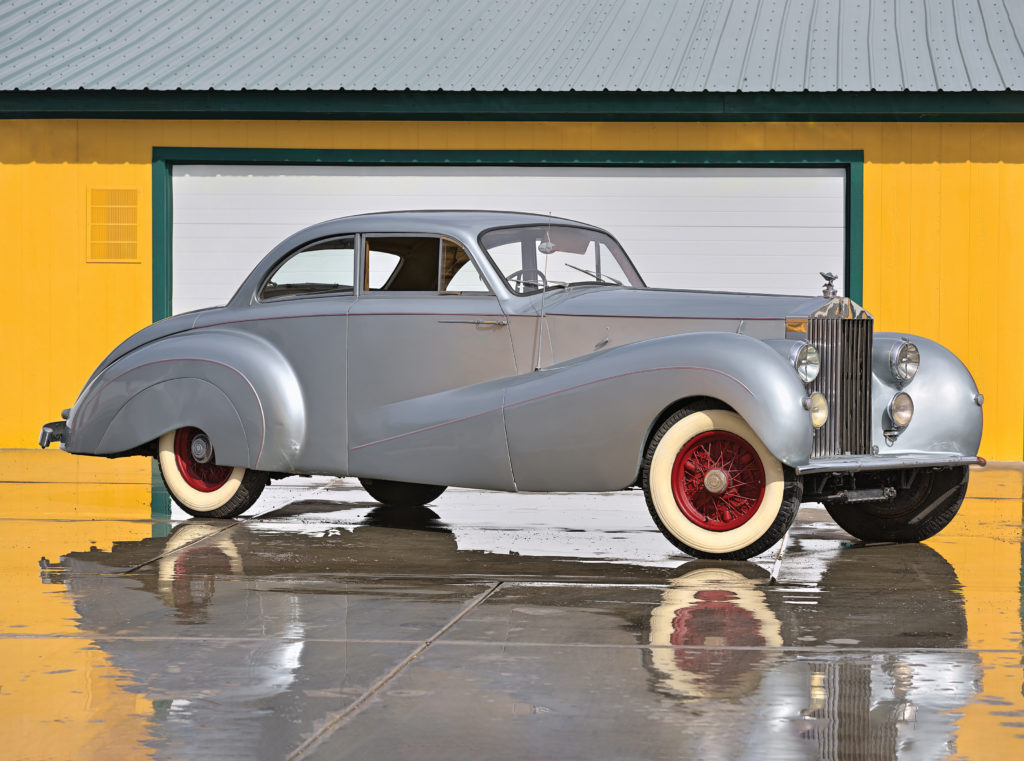 After viewing a priceless 1937 Rolls-Royce Phantom III – the only one-of-a-kind V-12 that exists in the world today – we entered the room where Uncle Phil’s three prized Duesenbergs are kept. 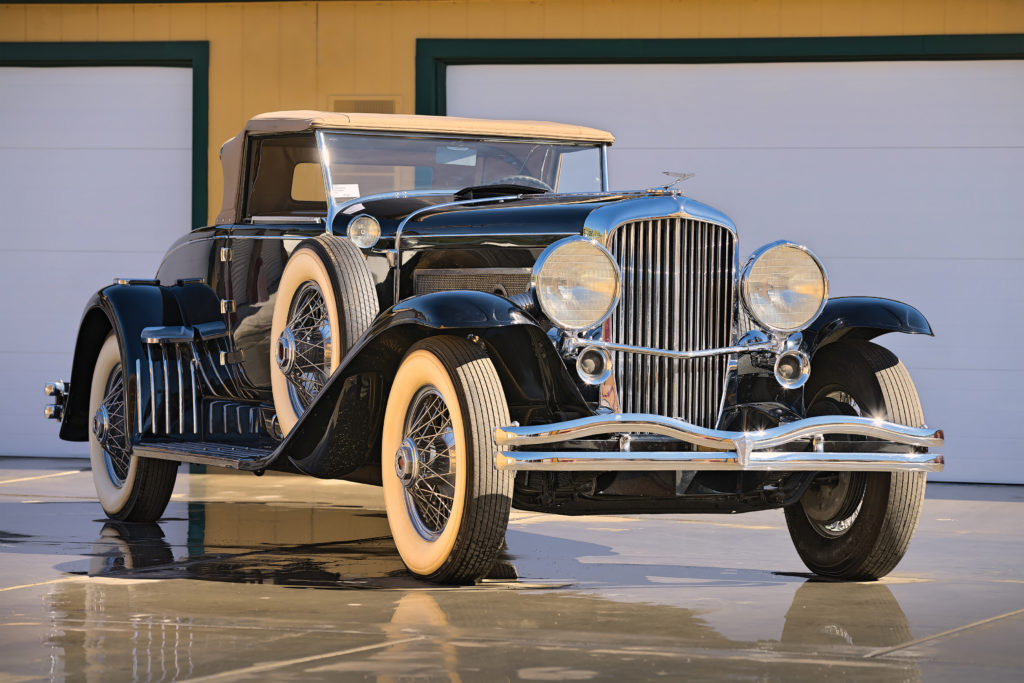 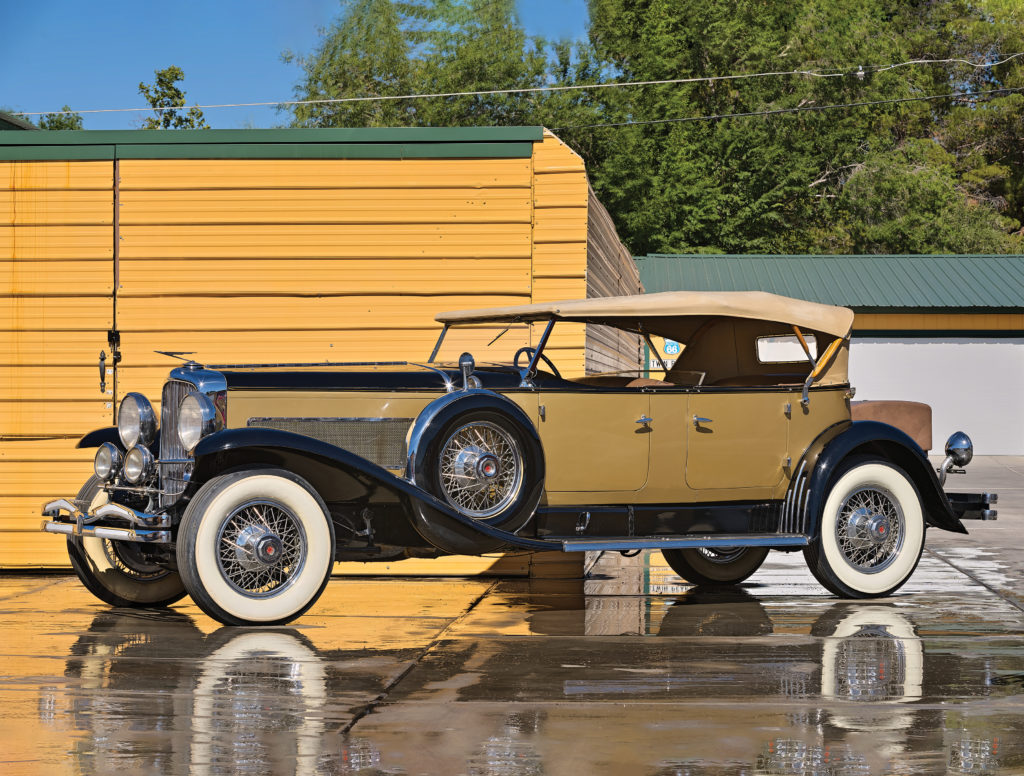 “In spite of the devastating stock market crash of 1929 and the Great Depression,” notes Maes, “these limited-edition custom-built cars, of which only a few hundred were built, were so unique that in spite of their price tag of about $20,000 at that time they were still highly sought after and shown off by the rich and famous of the day.” 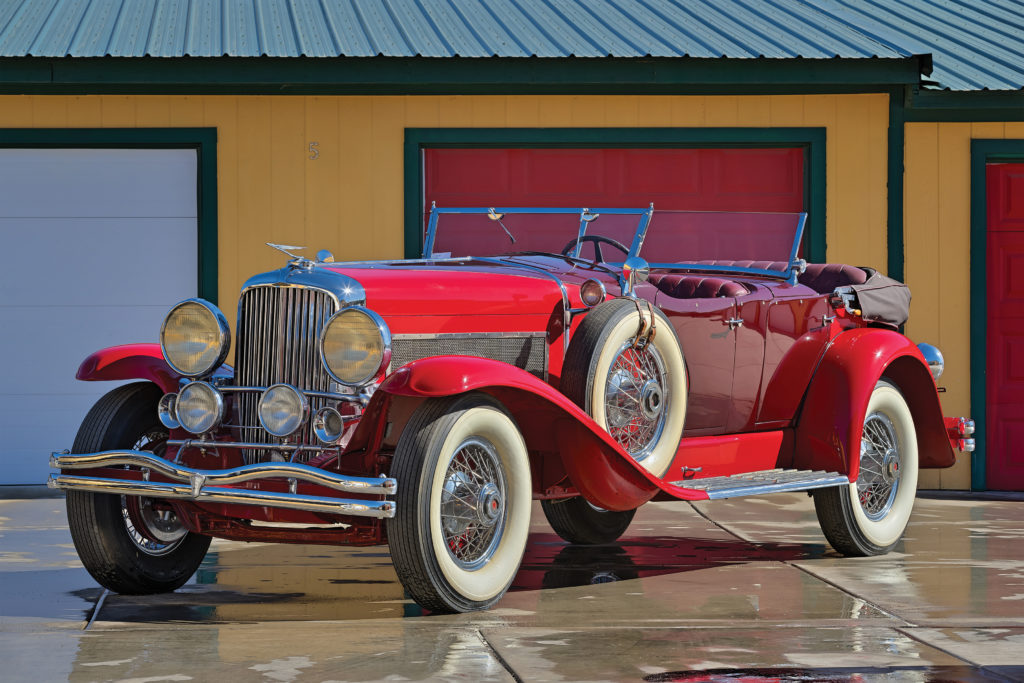 While now worth millions from a collector standpoint, it is interesting to note that the average car at that time only cost $500 and – compared to the Duesenberg’s $20,000 average cost (and with a little updated currency conversion) – it puts the Duesenberg’s tough-times price tag around $300,000 in 2019 dollars.

It also led to the popular expression, “It’s a duesy” – coined with regard to the finest vehicle money could buy – that today, still means anything from “wow” to something big and/or extraordinary.

The Men of Cars and Images

Our thanks to Uncle Phil Maloof, who fell in love with a 1941 Cadillac and to the Phil Maloof Foundation that continues to archive one of the most prestigious car collections in the world.

Together, they have preserved and documented some of the most treasured cars of automotive history for future generations… before they were lost for all time.

It is a collaboration of one man’s passion and another man’s talent that bring you these captivating images of the Uncle Phil Maloof Car Collection.