The Legend of Lighting Jack Zukerman 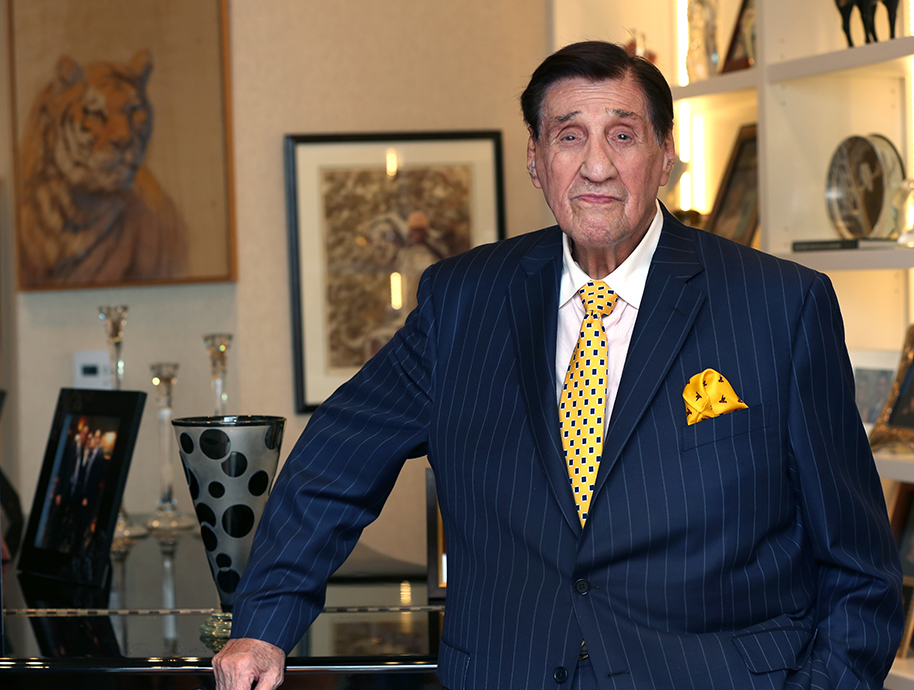 Born and raised in Moline, Illinois on the banks of the great Mississippi River, Jack Zukerman’s childhood echoed that of Tom Sawyer: sporting, hard work, and raisin’ a little hell. From working in his parent’s store as a boy and playing under the lights on Friday night; to scrapping in the dirt and overcoming the bigotry found in 20th century America, the hard and fast lessons Zukerman learned as a boy would build the foundation essential to his lighting empire. Along his journey to the top, Zukerman took on some of New York’s toughest and most dangerous men; wheeled and dealed with the biggest players in Chicago; then came west to light the many buildings and lives found in this incredible place we call home – Los Angeles.

Q: What is your background in business?

JZ: After college, I entered and went through law school, but when my father passed away I went to help my brother in his business. At that time, my brother was in the wholesale electrical supply business where he was the middleman.

The interesting thing is, I never liked being a middleman; I always liked manufacturing things. So, I started manufacturing lighting equipment and my biggest customer became John Deere. The CEO of John Deere was a man by the name of William Hewitt. Bill was a very close friend of mine, and my company made all of the lighting products for John Deere for many years.

When I decided to come west, we moved to California and I opened manufacturing facilities here. The first manufacturing facilities I had I later sold to a Fortune 500 company called Cooper Industries. Cooper Industries was a very big international lighting company and I ran part of the company for approximately nine years. They came to me one day when they were bought by a Fortune 100 company called Eaton Industries. Eaton is a large conglomerate that is all over the world and in the defense business and everything else. They said to me that in order to save money they were going to move their facilities from California to Denver. At this point, I had a great many of people who had been with me for many years who lost their jobs, so I said “okay, I’m your new competitor.”

Q: As an influencer and entrepreneur, what do you find to be the most important qualities that you possess?

JZ: I think the secret to success is that there is nothing in this world that you’re given, you must work for everything. You have to work hard but you also have to find good people who can help you. Nobody can do it all alone. If you put a great team together and the team functions as one unit – and it takes a long time for that to happen and for that to gel – but when it does gel and it takes place you’ve got something great. I have a great team put together, the strongest team I have ever had in my business career, and I have been doing this for a long time.

I also think you have to be a risk taker. I am a big risk taker, not at the gambling table but in my business. When I started this company, the Fortune 500 company that I left of course had all of the money in the world, but we have done much better overall than they did in this particular field.

Q: What do you think is more important in business: vision or core values?

JZ: Core values are always very important, but I think you must have vision. I think the vision is more important, you have to be able to see the whole picture. You have to understand that in the lighting industry we started with a lightbulb. We are no longer in the lightbulb business, we are now in the electronics business because we are making electronic products that conceivably make it so there are no more lightbulbs. When we make a lighting fixture today, we make it with what we call an LED module, not a bulb, and this is supposed to last 50-60 years. The technology changes and you have to be able to change with it. So, I think you must have vision of what’s happening and go forward. 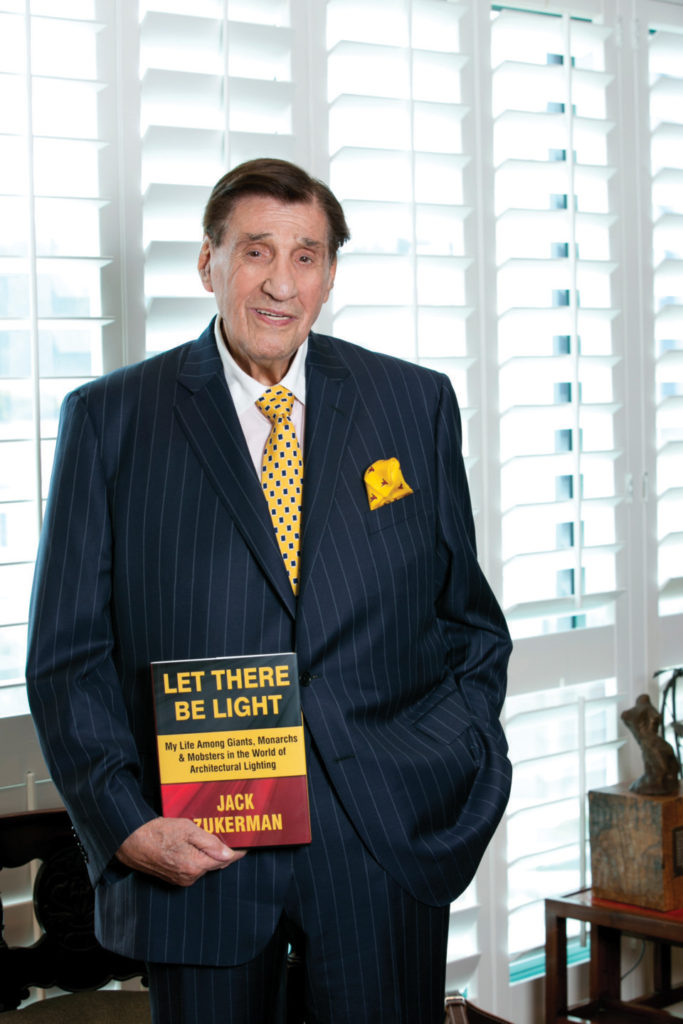 Q: What would you say is the biggest challenge you have faced in your professional life?

JZ: The lack of money. When you are an entrepreneur, if you start with a lot of money it is very easy, when you start with very little money it is not so easy. I started this thing with no money at all. When we sold our company to the Fortune 500 company that’s when we had money to start again.

If you refer to my book, Let There Be Light, my history in the lighting industry is kind of interesting. In major cities in the United States – New York, Chicago, San Francisco, New Orleans and Las Vegas – there are what I would call the ‘mob guys’ and they controlled a lot of the construction industry. Particularly in New York, where I did the World Trade Center twice – the first time and the second time after it burned down. In New York in the old days you had something called ‘the local three.’ You had to have a certain kind of a label and with that label you had to make sure that it was on every lighting fixture or they wouldn’t hang it in New York. New York presented a real challenge, if you know what I mean.

I wrote my book as kind of a cathartic thing. After my contract was up with Cooper Industries, the company that bought it wanted me to stay on. I told them that there was only one condition I would stay: I would work until noon and then I am going home to write this book. It took me two years to write that book and it was a lot of fun. We donated the proceeds from it to the Lighting Designers Educational Fund.

Q: What has been your greatest achievement in business?

JZ: My greatest achievement is when I received the Lifetime Achievement Award from the lighting industry at the Light Fair Convention in San Diego. Having my peers recognize me as a leader in this industry gave me all the satisfaction I could get. I was very touched by it; touched by the fact that the industry would recognize me because it is a big industry. I have made a lot of wonderful friends throughout my career.

Q: Do you have any advice for those aspiring to follow in your footsteps?

JZ: Money is not a cure all, money is just a measure of success. It isn’t about money, it’s about the daily routine. I think everyone needs a reason to get up in the morning, and to me it is still a game – the shirts and the skins. I don’t think any of my competitors love me, but the bottom line is we compete in a very honorable way, we try to service our customers and I personally get involved in that on an everyday basis. Like I said, the most important thing in any company is the team being put together. Decide what is important to you, then work like hell to get it done.

For more information about LF Illumination and the architectural lighting services they provide, contact (818) 885-1335 or visit www.lfillumination.com

The Queen of Business Law

The Future of Housing: Mayer Dahan

The King of LA Real Estate