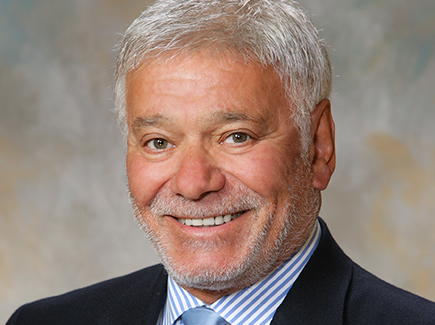 Paul Rusnak, the Founder and Chairman of Rusnak Auto Group, has been nominated for the 2020 TIME Dealer of the Year award for his Mercedes-Benz of Arcadia dealership in Arcadia, CA.

Rusnak is one of a select group of 49 dealer nominees from across the country who will be honored at the 103rd annual National Automobile Dealers Association (NADA) Show in Las Vegas on February 15, 2020. The announcement of this year’s annual award was made by Susanna Schrobsdorff, chief partnerships officer, TIME, and Doug Timmerman, president of Auto Finance for Ally Financial.

The TIME Dealer of the Year award is one of the automobile industry’s most prestigious and highly coveted honors. Recipients are among the nation’s most successful auto dealers who also demonstrate a long-standing commitment to community service. Rusnak was chosen to represent the California New Car Dealers Association in the national competition – one of only 49 auto dealers nominated for the 51st annual award from more than 16,000 nationwide.

“At the age of 14, I escaped the communist takeover of Czechoslovakia,” Rusnak said. “I came to America not speaking any English and was embraced by this incredible country and given the opportunity to succeed.”

After earning a degree from Los Angeles City College in 1954 and serving two years in the United States Army, Rusnak ventured into the world of retail automotive. “I started selling cars part-time in my senior year of college, and I loved the business,” he said. “I opened my first dealership, Jet Imports, with a partner at the age of 25.”

In 1960, he founded a new car store in Los Angeles, selling the British import Triumph. “The imported car industry was in its infancy at that time, and we became very successful by concentrating on foreign sports cars,” Rusnak said. He sold his part of the business in 1966 and purchased an underperforming Chrysler Plymouth dealership in Pasadena, which he turned around.

“America and the amazing car industry have truly propelled me beyond my wildest dreams,” he said. “This has given me the opportunity to share my good fortune by becoming involved with many charities. I am deeply grateful.”

For his charitable contributions and business acumen, Rusnak has received numerous awards and recognition, including an honorary doctorate of humanities in 2016 from Sias University, the first solely owned American university in mainland China, located in the Henan province. He gave a commencement address reinforcing the importance of dreaming big, working hard and taking risks to succeed in today’s world.

Dealers are nominated by the executives of state and metro dealer associations around the country. The award is sponsored by TIME in association with Ally Financial, and in cooperation with NADA. A panel of faculty members from the Tauber Institute for Global Operations at the University of Michigan will select one finalist from each of the four NADA regions and one national Dealer of the Year. Three finalists will receive an additional $5,000 for their favorite charities and the winner will receive an additional $10,000 to give to charity.

In its ninth year as exclusive sponsor, Ally will recognize dealer nominees and their community efforts by contributing $1,000 to each nominee’s 501(c)3 charity of choice. Nominees will also be recognized on AllyDealerHeroes.com.

Rusnak was nominated for the TIME Dealer of the Year award by Brian Maas, president of the California New Car Dealers Association.