Golden City Getaways: Four Hotels To Check-In To On Your Next Trip To San Fran 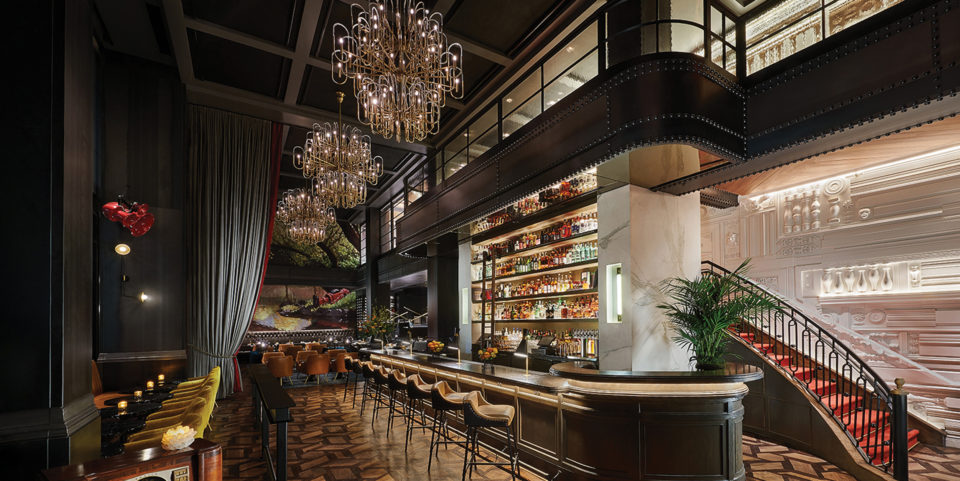 San Francisco has always been a city of great hotels – the grand dames – the Fairmont, the Palace, the St. Francis. In the last few years another crop of hotels have joined the lineup. They are hip and cool, just like this city which is in the nexus of Silicon Valley. 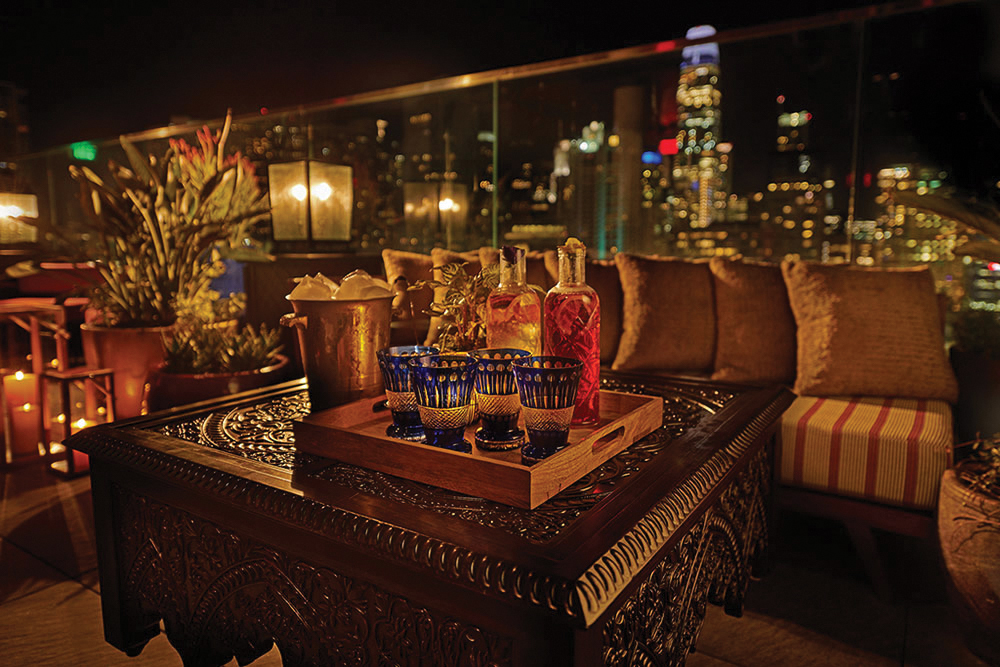 Like an old friend for Virgin America airline aficionados; from the red and white signage to the emphasis on customer service, The Virgin Hotel San Francisco is a welcome addition to the city. It’s located in SoMa (the trendy South of Market area) which is also home to many art venues including the San Francisco Museum of Modern Art and Yerba Buena Center for the Arts. The hotel’s guest rooms, which are comfortable and modern offer a signature two-room chamber layout; rooms are divided into two spaces by wooden sliding doors, complete with a peephole. The dressing room includes a full vanity, makeup desk and expertly-lit mirror, and an  extra-large shower with a bench. Through the doors, guests enter the lounge with an ergonomically-designed lounge bed, a mini-fridge stocked with well-priced comforts, HD TV, yoga mat, a custom designed bench and ample outlets for smartphones, computers or other electronic devices.

Almost immediately after opening the hotel’s rooftop bar, Everdene, became a go-to for tourists and locals alike. Billed as “a cozy garden of delights” Everdene offers an eclectic mix of well-crafted drinks as well as unusual food options such as pumpkin hummus, red cod tacos, and beer-battered squash. And the view is spectacular. The fine-dining restaurant Commons Club is helmed by executive chef Adrian Garcia who honed his skills at several Michelin starred restaurants. The emphasis here is on hyper-local ingredients and innovative cooking techniques. The “Upside Down Tea” is a new, fun event at the hotel; offered twice a month it is a boozy, yet elegant, tea with creative finger foods, sweet and savory. 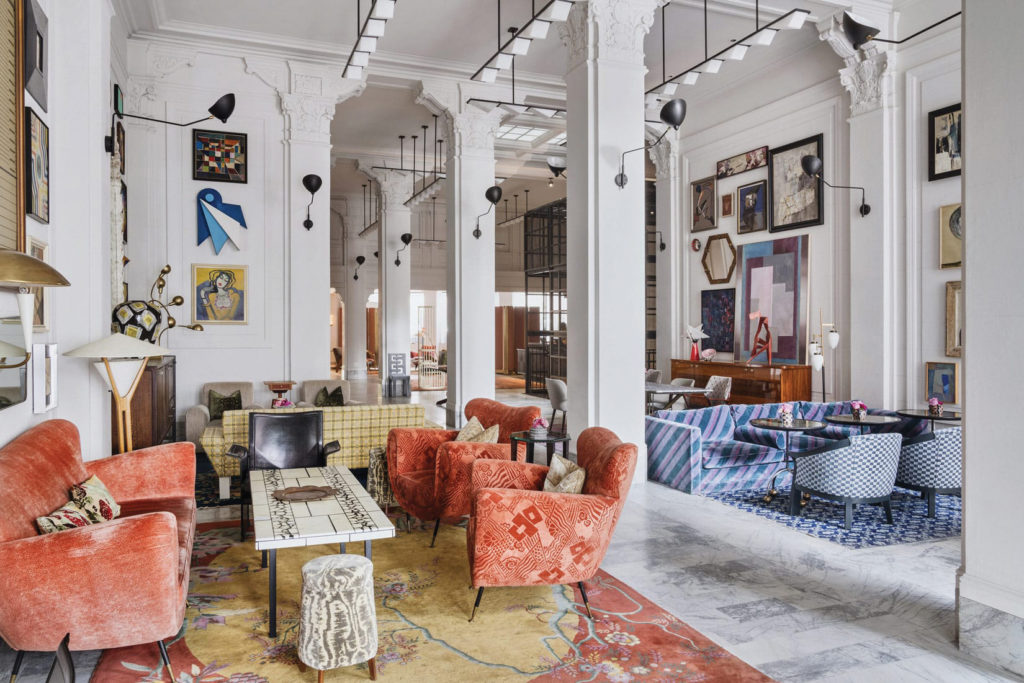 The hotel’s mid-Market location is a bit gritty, but that doesn’t stop droves of people who come to wait in line to get into the iconic rooftop bar, Charmaine’s, called the best rooftop bar in San Francisco by San Francisco Magazine. The beautifully designed bar,  120 feet above Market Street, feels like a European terrace but exudes California cool. Bar snacks and cocktails include grilled octopus, grilled mussels and crispy local artichokes and innovative drinks such as Kissin’ in the California Sun – Elyx vodka, orgeat, crème de pêche, cranberry and lime, served on crushed ice. Villon for fine dining and café La Bande round out the food offerings.

Popular kettle bell workouts are offered daily in the hotel gym that also has Peleton bikes, resistance balls and more. Shinola bikes are offered for tooling around the city, and small pets are welcome. And The Proper app on the in-room tablet can call up the concierge and many services, including document printing. 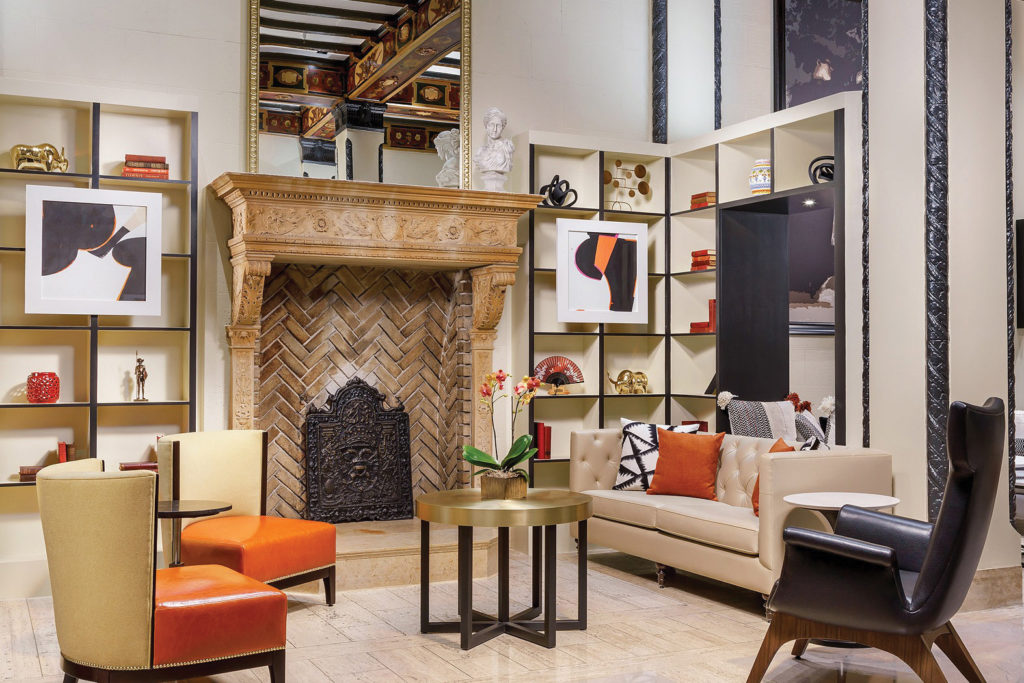 The opulent Hotel Spero owns a coveted place in the history of San Francisco; the Spanish Colonial building, circa 1923, was originally the Hotel Californian. The building, which is on the Register of Historical Places in San Francisco retains its airy light-infused essence but has been updated with flourishes including hand painted ceiling beams, original marble floors, and decorative grillage in the lobby.  The rooms all employ ambient lighting. Soft textiles and stylish accents make them an inviting place to rest and recharge; the bathroom brings out the building’s history with Spanish tiles.

The downtown hotel has a 24-hour state-of-the-art fitness center as well as a cool co-working area called Jarvis’s Corner, which offers a quiet, yet communal atmosphere. Making it even homier, the space is named for a cat rescued by someone who works at the hotel on nearby Jarvis Street.

The restaurant, Tap & Kitchen, is a sports Gastropub that features American cuisine and locally brewed craft beers (18 on tap).

The hotel also has a big emphasis on sustainability. Each day you forgo housekeeping you get a voucher for the restaurant. Soap is recycled via Clean the World, a non-profit devoted to improving the quality of life for vulnerable communities around the world. And the hotel has replaced single-use shampoo and conditioner and bath gel with pump top bottles, doing its part to keep plastic out of land-fills. 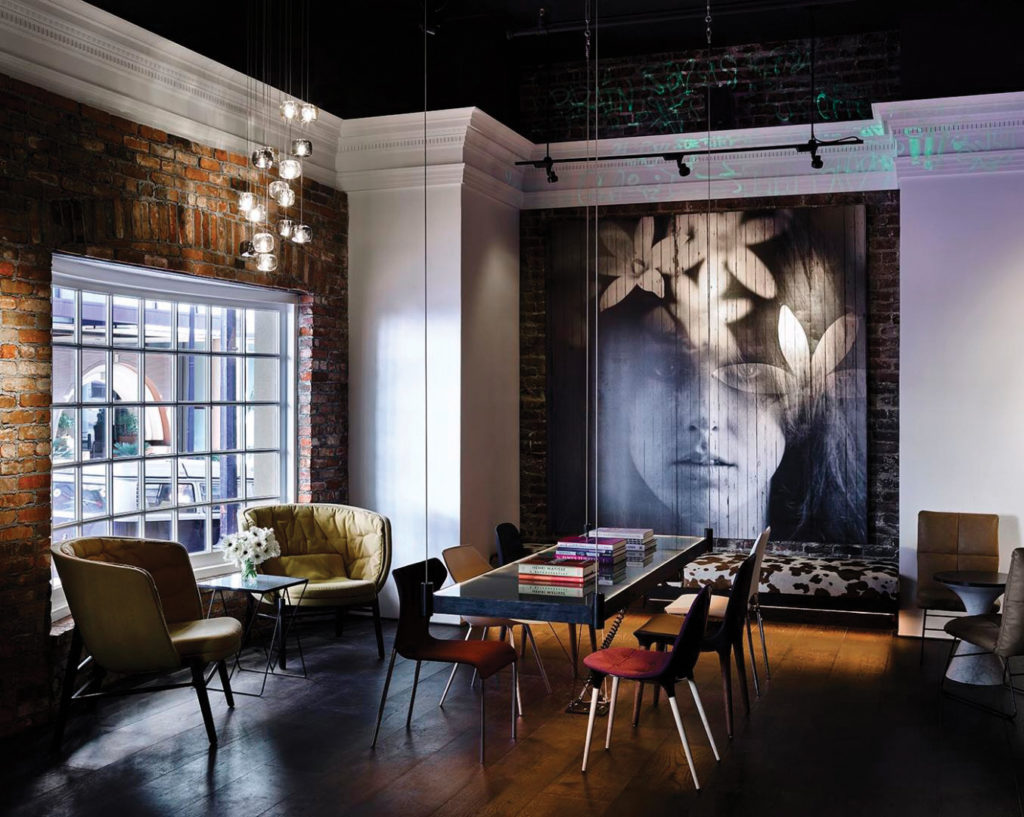 This new addition to the Union Square hotel scene, a Viceroy hotel was voted one of the top 15 in San Francisco 2019 in Condé Nast Traveler magazine Readers’ Choice Awards. Hip and bright, this hotel celebrates San Francisco’s history as the center of the counter culture movement. From the hotel’s avant-garde style, complete with turntables and vinyl records in the suites, to backlit poetry that adorns some walls, it exudes an atmosphere that is fashionable and fun.

Adding to the festive atmosphere is the Den game room with a full-sized Bingo board, a basketball wall, shuffleboard, skeeball and more. And if more activity is what you desire, the hotel has a partnership with Martone Cycling to offer guests the chance to see the city on sleek electric bikes. The Rambler Restaurant is brick-clad and homey, and offers flavor-forward California fare that is locally sourced and high quality. With menu items such as fried Chinese long beans, Prince Edward island mussels, and shrimp bouillabaisse risotto there is a dish for every taste. The Mantel Bar, within sight of the lobby’s beautiful Gothic fireplace, is the ultimate place to unwind – especially at night when it transforms into a stylish bar that evokes a historic San Francisco speakeasy.

This hotel also caters to your four-legged friends (dogs that is) in a big way offering  custom dog beds, water and food bowls and more. Finally, the hotel’s website offers a detailed listing of what is going on in the neighborhood and the entire city presented with colorful and engaging pictures.