Diamond of the Desert Oasis – Summerlin 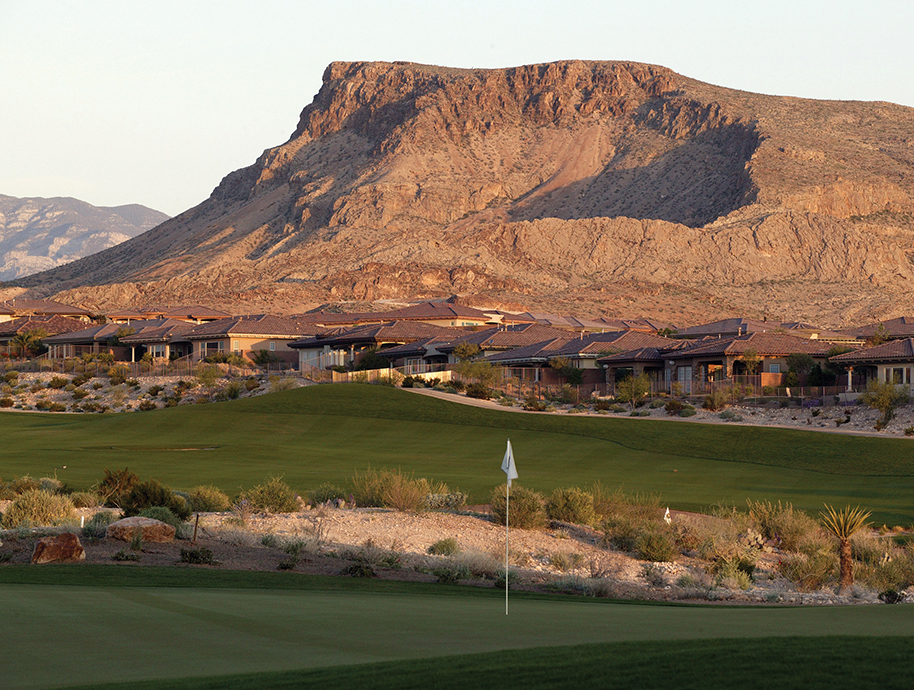 The exclusive Las Vegas community for the ultimate in luxury living, Summerlin rises above.

Exclusivity is no stranger in Las Vegas, a city brimming with world-class dining, shopping, entertainment, hospitality and now, professional sports. Getting the best table in the restaurant or nightclub, curating a private shopping experience or sitting rink-side at a Vegas Golden Knights game is an everyday occurrence for those who enjoy the Entertainment Capital of the World on the highest level. And when it comes to the pinnacle of luxury living, look no further than the award-winning master-planned community of Summerlin, the premier development of The Howard Hughes Corporation that literally made Las Vegas a great place to live as well as visit when it began to take shape more than 30 years ago.

Today, the community named for Howard Hughes’ grandmother and centerpiece of The Howard Hughes Corporation® portfolio, is in a league of its own as home to nearly 100,000 Southern Nevadans, including many of the city’s influencers, captains of industry, entrepreneurs and celebrities.  Spanning nearly 36 square miles along the western edge of the Las Vegas valley on elevated land that sits at the base of the majestic Red Rock Canyon National Conservation Area, Summerlin consistently delivers slightly cooler temperatures, stunning valley and city views and the region’s premier lifestyle created by its exceptional location and amenities so abundant, no other Southern Nevada community can compare.

While a diverse and multi-generational community with homes in all sizes, styles and price points, Summerlin has also corneredthe market on exclusivity for those seeking the ultimate in luxury living. The Ridges, a 793-acre exclusive, guard-gated residential village and home to Jack Nicklaus’ Bear’s Best golf course, offer custom homes – in addition to five upscale neighborhoods that feature exceptionally elegant production homes with an abundance of custom options.  The Ridges’ signature design aesthetic was created to embody a rich desert contemporary style to blend into its natural surroundings.

While The Ridges boasts some of the most stunning desert contemporary architecture in the valley, its natural setting and elevation is what sets it apart from other luxury enclaves in Southern Nevada. Views from The Ridges are exceptional from sunrise to sunset and encompass both the glittering Las Vegas Strip and the dramatic rocky ridgeline that forever protects The Ridges from future development. Starry, starry nights are another benefit to living in The Ridges. That’s because lighting is kept to a minimum to mitigate light pollution and increase visibility of the night-time sky. A true sanctuary, The Ridges is a world apart from the hustle of the city, yet it’s only a short 20-minute drive from the excitement of the Las Vegas Strip.

The Ridges is home to six sold-out custom home neighborhoods and two actively selling neighborhoods: Azure and Indigo offering lots ranging from one-quarter to more than one acre. Fewer than 30 custom lots remain in both neighborhoods. 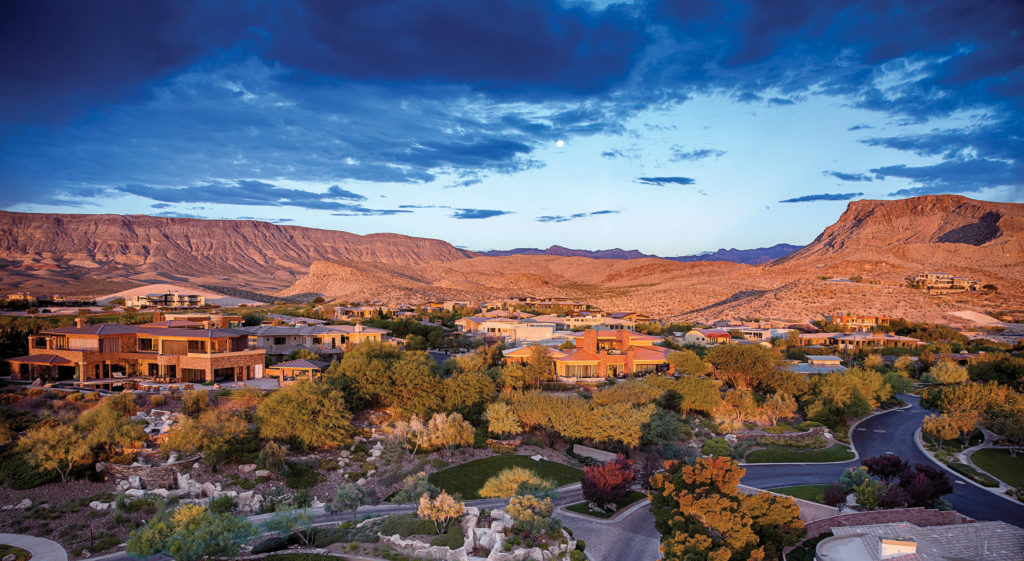 But there is one custom home site in The Ridges so exceptional it has its own name – Falcon Pointe.  Literally situated above it all on an elevated parcel nearly four acres in size, Falcon Pointe features a drop-dead gorgeous 360-degree view that takes in the golf course, the mountains and the Las Vegas valley, including the Strip.  The largest site in The Ridges offering a custom build opportunity, Falcon Pointe has its own private driveway, offering complete sanctuary and seclusion for those seeking privacy.

Just down the street from The Ridges is Summerlin’s newest luxury community – The Summit.  A joint venture development of The Howard Hughes Corporation and Discovery Land Company, The Summit offer peerless, resort-style luxury living at a level not before offered in Las Vegas.  Just a few years since it was announced, The Summit has sold more than half of its 146 ultra-exclusive homesites with some lots as large as three acres, at prices averaging $3.2 million per acre.  Already home to a private Tom Fazio-designed championship golf course, The Summit also offers 116 elegantly appointed villas, bungalows, suites and cottages in its Club Village.

Currently offering 36 actively selling neighborhoods, Summerlin offers a wide array of homes in a variety of elevations, styles and price points – from $250,000 to more than $1 million. In fact, there are currently more than 180 open and spacious floor plans designed with today’s modern families in mind.  Unique features include abundant outdoor/indoor living spaces; casitas and next generation suites for extended family; and a variety of smart home systems, energy efficiency and green features – all wrapped into beautiful elevations that meet Summerlin’s high standards for design.

Summerlin’s appeal is created in part by its hallmark active, outdoor lifestyle that includes more than 250 parks of all sizes, 150-plus miles of interconnected trails, ten golf courses and more educational choice than any other Southern Nevada community.  In fact, Summerlin is currently home to 25 schools – a mix of the valley’s top-ranked public schools, premier private schools and charter schools.

The community’s newest crown jewel is Downtown Summerlin®, a 400-acre urban center that includes a 106-acre retail, fashion, dining and entertainment destination with more than 125 brands and restaurants, movie theatres and popular yoga and work-out facilities. 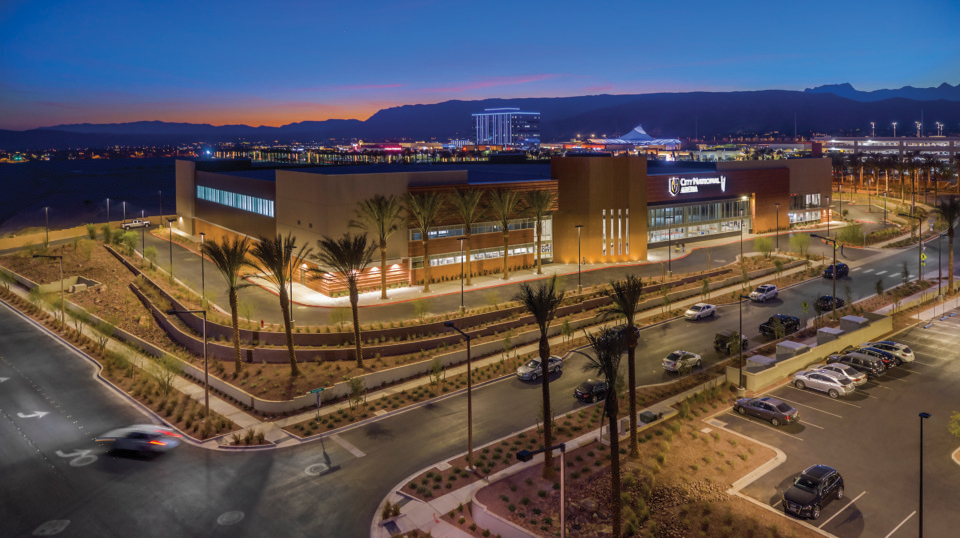 Downtown Summerlin is also becoming known as the place for sports. Just last year, the Vegas Golden Knights, the city’s new NHL expansion franchise, put down roots in the community by opening City National Arena, the team’s practice facility and administrative headquarters that is accessible to the public via a second rink and events and activities catering to the city’s growing hockey fan base. This spring, ground will be broken on Las Vegas Ballpark, a 10,000-capacity Triple-A ballpark that will become the new home of the Las Vegas 51s, a member of the Pacific Coast League (PCL). Downtown Summerlin is also a place to work with two Class A office towers that encompass a combined 380,000 square feet, and more than 4,000 residences are planned in the Downtown Summerlin area to create a high-density urban residential community comprised of apartments, condominiums, lofts and brownstones.

Even into its’ 28th year of development, Summerlin continues to dominate the Southern Nevada real estate market, easily maintaining its position as the valley’s most desirable address. In fact, Summerlin was recently named the nation’s #4 best-selling master-planned community for 2017, according to national real estate consultant, RCLCO. The community topped last year’s new home sales numbers by 37 percent, moving up one position from its 2016 ranking at #5. Despite the community’s longevity, its remarkable enduring success and its expansive size at 22,500 acres, there are still approximately 6,000 acres left to develop. That means many exciting developments are still on the horizon.