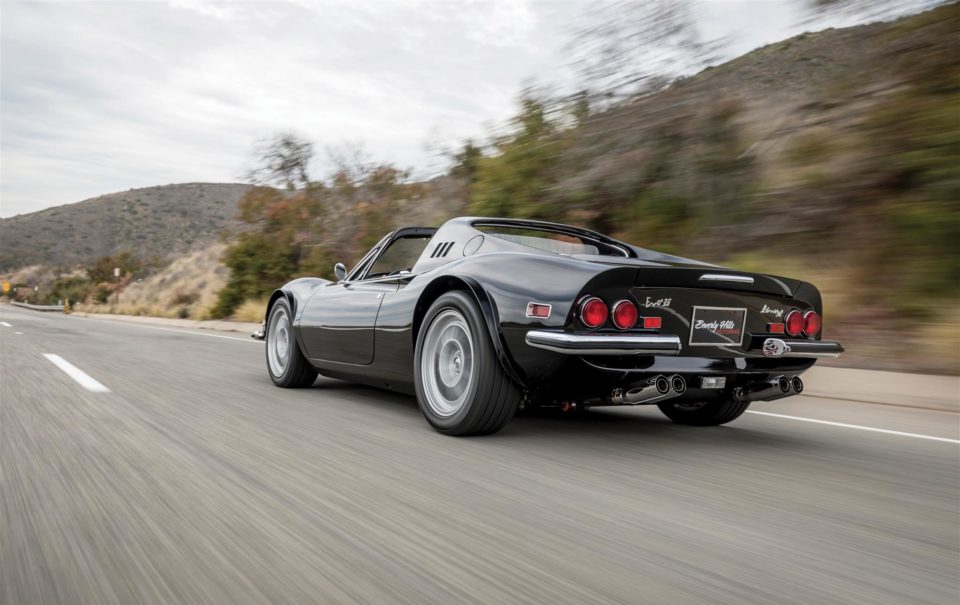 After a phone call with a good friend who wanted to take a drive in 1970’s vehicles, world-renown Ferrari collector David Lee, Chairman and CEO of Hing Wa Lee Group, started thinking. He imagined something different. Something never done before. A masterpiece machine that echoed history yet pushed the limits of innovation. After thousands of hours creating, planning and modifying, the 1972 Dino had been transformed into the new Monza 3.6 Evo. We sat down with Lee to learn about the story behind this project, the modification process, and how the resulting machine has turned heads and caught the attention of everyone in the automotive world. 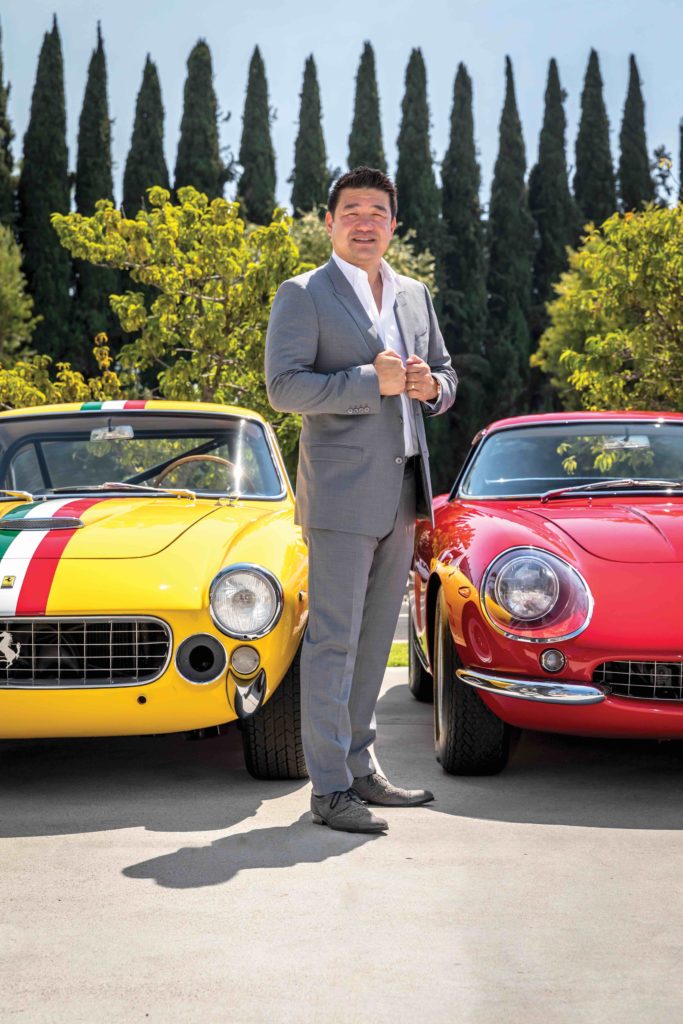 Q: You purchased the 1972 Dino and sent it to the shop for modifications and upgrades. How long did this process take and what was done to the vehicle?

DL: It was overall 18 months of planning, because it’s not a regular restoration where there’s a plan to restore it back to original. This upgrade had never been done before, so the planning and the blueprint needed to be created. It was an on the job, fact finding kind of situation. There was trial and error as we were going through the process to build this car because we didn’t know what all we could do in the very beginning. Over one year, 3,000 hours of work were put into the car.

We took an F-40 engine block and we put it into the engine area. Originally it was a V6, 192-horsepower. Now it’s a V8, 400-horsepower with 3.6-liter cylinders, fuel injected, all the updated goodies. Of course, you have a new Ferrari drive train, updated Ferrari shifting, clutch, power brakes, and suspension. Everything I put in are Ferrari parts. All the inner workings are upgraded Ferrari parts. We upgraded the car to be super reliable, drivable, have great performance and still look like a 1972 Dino, with just a few upgrades aesthetically.

Q: Why did you choose this car to modify? Is there a story behind why you purchased the Dino?

DL: When Ferrari produced this car in the late ’60s and early ’70s, it was a car meant to commemorate Enzo Ferrari’s son, Dino. It was a car set up to have a lower price point and lower power to compete against the 911. The Dino came with the best design; it was really one of the most iconic designs. I don’t know who doesn’t love the Dino design. The problem was always the power because the Ferrari owners were used to the V12 power or even the V8. This V6 with lower power was always a question in everyone’s mind. I answered that question and took a car that a lot of people wouldn’t have the guts to upgrade because the car is valuable. It’s around $300,000 right now to even buy a Dino, then there’s the spend to upgrade it. It’s a risky proposition, but I guess that’s why people are excited about it. 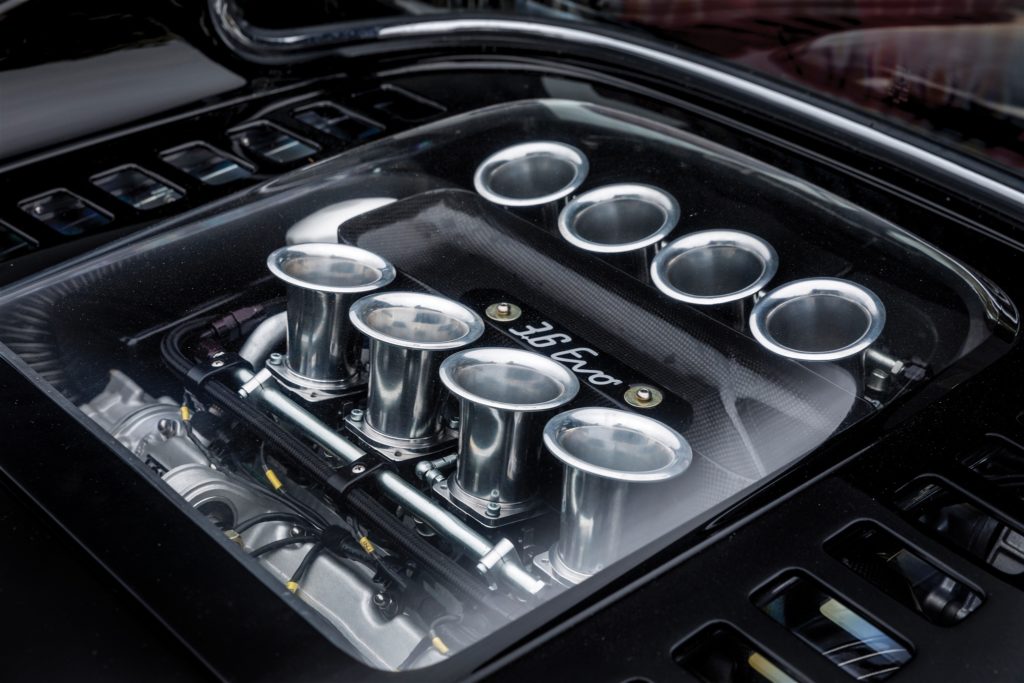 As for the story, I called a friend of mine, Magnus Walker, and said “Let’s do a video driving up the Angeles Crest.” And we exchanged ideas on what we would do. I said, “What car would you drive?” He said his 227 (his Outlaw 911 that he had built for himself), and he goes, “What would you drive?” I was thinking in the ’70s, because his cars were in the ’70s. In the ’70s, Ferrari didn’t really have any super strong cars. There were cars that were stronger in the ’60s and stronger in the ’80s to the present, but the ’70s was kind of a period that wasn’t so strong. So I told him, “You know, let me get back to you.” Then I came across an article of a gentleman that owned the restoration shop and who started doing this to his Dino. That’s when I approached him, and that’s how this all came about. 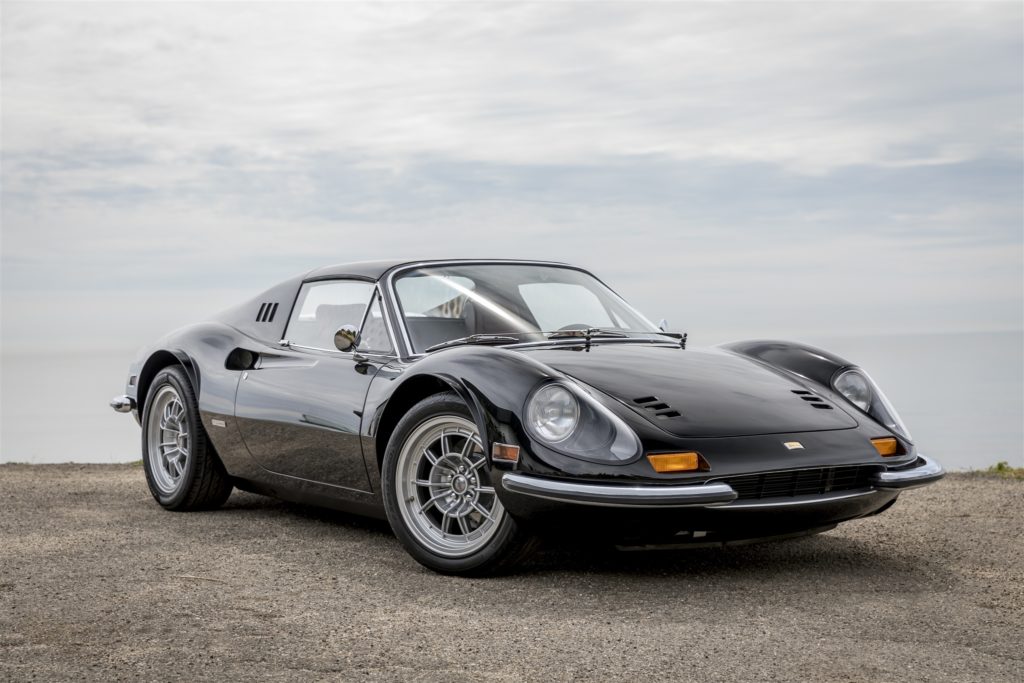 Q: In a recent Bloomberg article you were outspoken about your decision to modify the vehicle. What has the feedback been from both car purists and car enthusiasts?

DL: There’s a lot of excitement for this in the car community. Of course, you’re going to have the purists who say “Why would you do that, it was great already,” and you are going to have car enthusiasts that say, “This is a great idea, this is super, I love it.” I’ve been getting far more positive comments than negative. I’d say 95% are positive. So I think it’s fine. Look, I’m not competing against anybody, I’m just doing an upgrade and a special project.

Q: What does being a world-renown car collector mean to you? Over the course of time, what all has gone into this passion and what do you enjoy so much about it?

DL: Every collector faces a long road; it’s a journey. You’re on a journey from the beginning. When you start out you may have a certain collecting strategy, and as time goes by it changes. I think collectors have a right to make changes to their strategy. For me, I’ve done a lot of things. I’ve done the classic car collecting, the super car collecting, the modern car collecting with Ferrari and other brands too, and I still like doing that. I think the new strategy is in doing this Dino, which I call Monza 3.6 Evo. This is about doing something that nobody else is doing. Doing something that money cannot buy. Creating something that is significant and that will impact the car community and effectively create history. I think I’ve done that with this car, and that brings me great passion and joy. 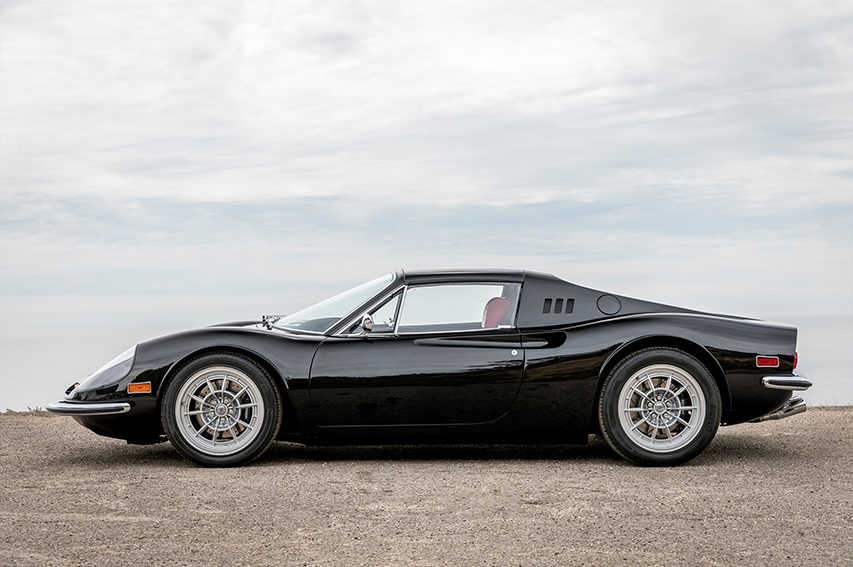 Q: Are there any other cars out there that you would like to take through the same modification process as the Dino?

DL: Right now, my mind is focused on the Dino and doing this right. Like I said, I made this car which is the only one in the world. But I plan to make 25 more, because a lot of people have contacted me wanting to have this car. So 25 lucky, appreciative, and passionate collectors will be able to buy this Dino. This is going to be a five year process, so right now I’m just concentrating on this. I don’t really see another car from Ferrari that could use an upgrade. I think this Dino is the perfect car, and that’s why I’m doing it.