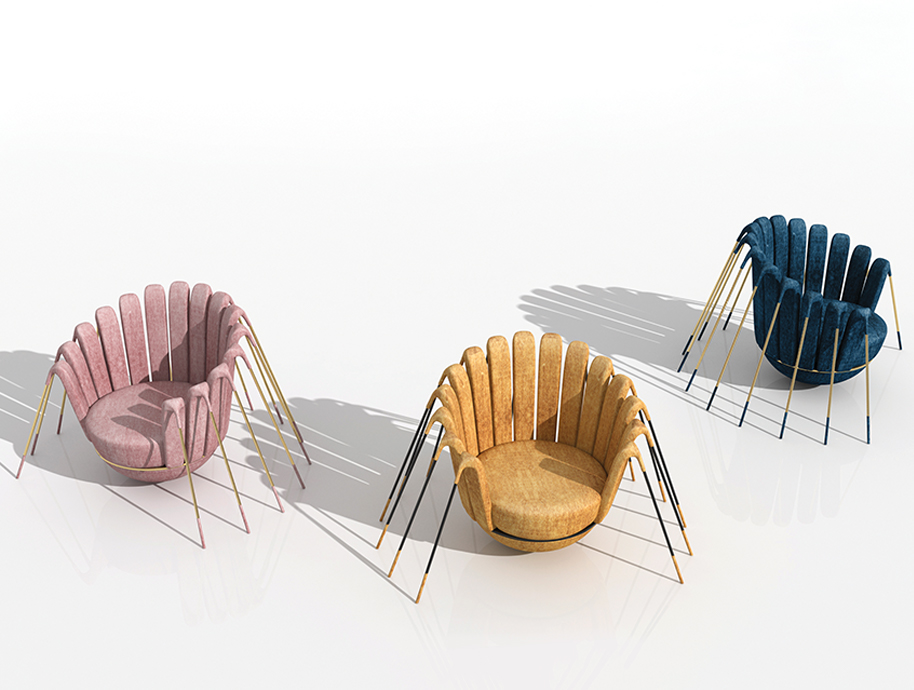 Bridging the gap between art and design, Marc Ange’s extraordinary world revolves around the design of objects, places and furniture pieces. Born in Rome and raised in Paris, the designer’s universe and creations are eternally balanced between real and unreal, perfection and mistake, harmony and chance, a beautiful incarnation of his unconscious.

After excelling as a luxury car designer, in 2008 he decided to expand his creations to the design of anything extraordinary and opened the door to his studio Bloom Room – currently the most sought-after design agency in France with clients such as Jean Paul Gaultier, Prada, Louis Vuitton, Ferrari, Moët & Chandon, Orient Express and more.

Ange will be debuting his first furniture piece La Refuge – a giant daybed with iconic palm leaves – in gold at Dubai Design Week. When asked his inspiration for the piece, Ange says: “…Its large leaves form a shelter under the sun, away from reality, just like those of the imaginary jungle that grows in the room of a child who seeks escape.”

While Le Refuge proposed a small island of safety and comfort, Les Araignees represent darker thought. “Les Araignees draw inspiration from the threatening behavior of the small creatures that haunted my childhood dreams and are the reason why Le Refuge exists.”